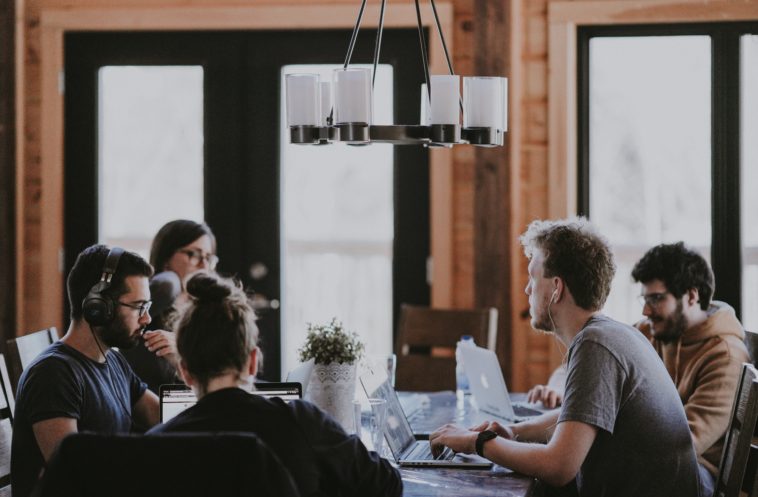 Is it time to look for the next step in your new Devops jobs search?

UPDATE: Do check out our new 2020 guide to the best DevOps Recruitment Agencies London has to offer as well as the best of other specialist Tech Recruiters.

Some people can come home on a Friday evening, after a long week of hard work, exhausted but content. For others, however…

Ask yourself if you’re happy in your job. After all, we know that every industry has its fair share of problematic companies and unfulfilling roles. Sometimes it helps to pause and re-examine, and really make sure whether you’re where you want to be. Whether it’s salary concerns, a feeling of being trapped in a role, an unwelcoming company culture, or you simply want a new challenge, we’re here to help.

Currently, workers in the digital tech industry generate an average of £10,000 more per person than those in other industries. This reaps its reward in the form of an average salary of over £40,000 pa. If you’re being paid less than this, have a think about whether you’re being valued proportionally to the money you make for your employer.

In Big Data roles in Q1 2018, average perm salaries went up in London, Bristol, Cambridge, Birmingham, and Leeds. GDPR may have harmed Big Data’s reputation, but when it recovers, tech employees will be in even greater demand, and salaries will naturally increase.

Cambridge is fast catching up with London in terms of average annual salaries, especially in the Cloud sector, where it has seen an increase up to £52,095. Birmingham, Brighton, Bristol, and Edinburgh are all up to the £50k mark in Cloud, while Web Development salaries are rising sharply in Bristol, up to nearly £40k.

For contractors, day rates are up to £300+ in Leeds and Edinburgh, while Manchester boasts an average rate of £455. Newcastle upon Tyne is one to watch for Big Data, surpassing even London and Manchester, with an average day rate of £578. Demand for contractors has also grown by 128% since Q1 2017, boding well for even greater remuneration in the future.

Consequently, if you’re open to the idea of a move and have just started your devops jobs search, there are tremendous opportunities right now for skilled employees in the tech sector up and down the UK.

In terms of timing, early July is the last time to find work before the summer slump, with employers going away on holiday as September approaches. In fact, June actually boasts among the greatest average number of job advertisements per month. Rather than thinking of the new year as the best time for a job hunt, think instead of early summer, when fewer people are looking to move roles, resulting in less competition for the golden placements.

Hard work should be its own reward, when applied in the right place at the right time. We’ve got the places… it’s up to you to pick the time. Tomorrow’s a day too late.

We are a boutique devops recruitment consultancy.