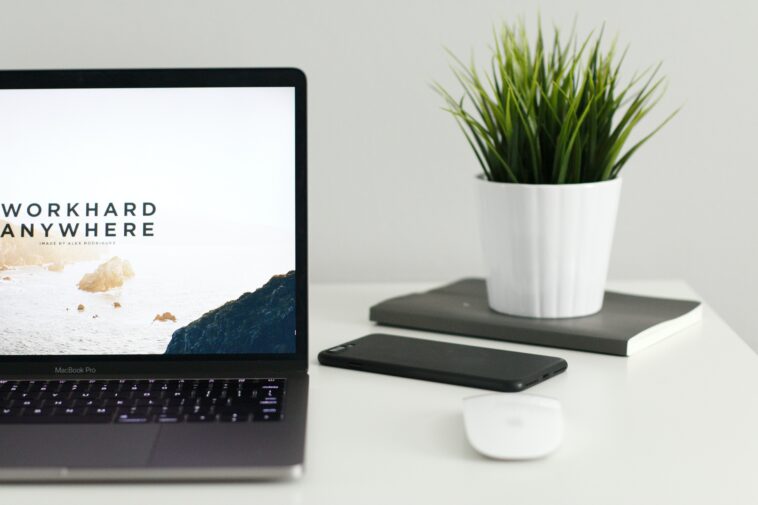 On the 13th March 2020 the WHO announced that “Europe has now become the epicentre of the pandemic, with more reported cases and deaths than the rest of the world combined, apart from China,”

We have seen traditionally that working from home has historically been a perk – something you qualify for once you have passed your probation/achieved key employment milestones however for months the majority of the employed UK population that could work from home did and many continue to do so!

Most of the offices in London closed in the second week of March and what a week that was! Most of mobile networks crashed in London, some of us learning to adapt to home working, IT set ups and spaces to work from needing some thought and careful planning; especially those with families or sharing. Home-schooling testing the patience of parents across the world – Did you re-learn anything long forgotten from your school days?

With the social distancing rules being relaxed and offices allowed to open again; we wanted to get everyone’s opinions on home working three months down the line.

At Prism we returned to the office on the 1st of July. The office has been reconfigured to allow for social distancing and we are loving the new layout so much it will probably stay that way!

We had over 2000 responses to both surveys! Thank you to everyone that took part – Here are the results as promised.

Which is the primary video platform you have been using to communicate with your team? 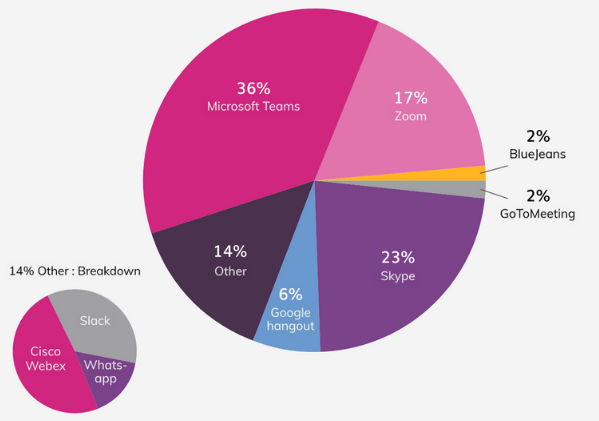 Collaborating with colleagues is now of the upmost importance and no surprise that Microsoft Teams came out top with 36%, Skype in second place with 23% and Zoom 17%. The others were also no surprise – WebEx & Slack.

If 5 is what you manage to do in the office i.e. average and then 10 being unbelievably more effective, how would you rate home working now?

77% of you stated this time round that you were more effective compared to 74% with the first survey, a decrease from 15% to 13% produced the same workload and a decrease from 11% to 10% were less productive.

74% stated they were more effective, 15% produced the same workload and 11% were less productive.

Continue to work from home?

As mentioned in part one – The main purpose of this survey was to establish; if given the choice (not including the current Covid-19 enforced scenario of self-isolation and the potential negative impact to the business) would you prefer to continue working from home?

In part two the numbers have shifted slightly with 45% now wanting to work from home permanently – 56%  would prefer to work part-time (varying numbers of days) and given the choice only 1% would return to the office full time.

How many days would you like to continue home working after the lockdown period is over? 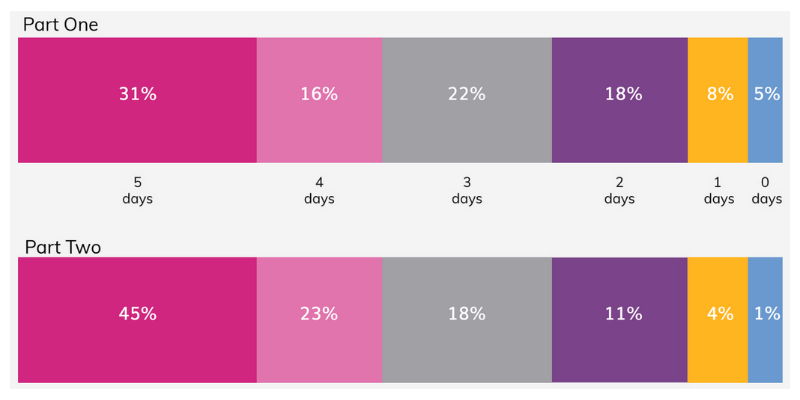 In part two the positives and negatives were quite similar again. Reduced travel time was top of the list again unsurprisingly although the days of quiet empty trains/tubes will soon be a distant memory.

Our ability to focus while working from home was next and readjusting the work/life balance a close third. 60% of the answers given for “other” for the positives mentioned in one way or another that “all of the above” applied – it seems everyone has been enjoying a change in lifestyle even if this does mean longer hours and more distractions at home.

At Prism we definitely missed the office interaction with our colleagues and whilst we made sure we kept in touch during the lockdown via daily catch ups on zoom and “drinks and game shows” on a Friday – It was a great feeling to have the team reunited again and this was reflected in the results for both surveys. 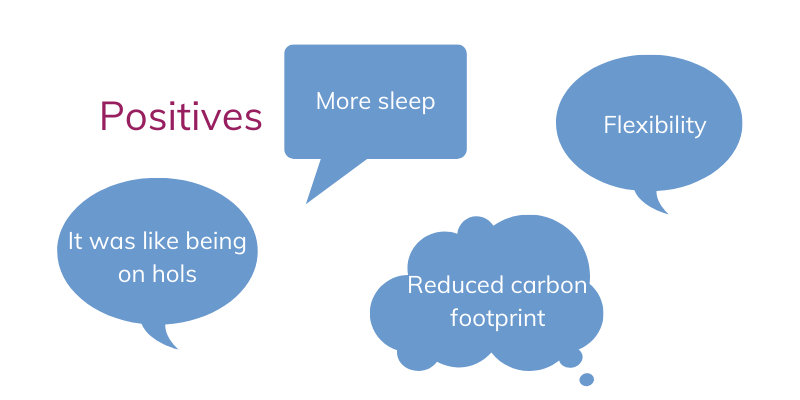 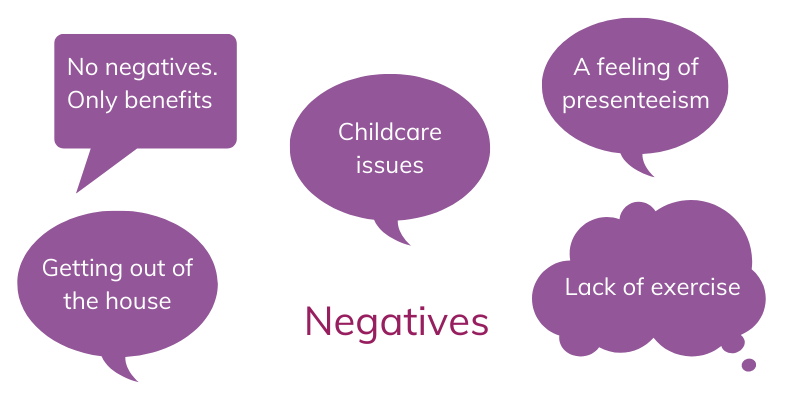 Prism Digital conducted the survey in April and June 2020 and was completed by professionals.